Windsor Castle is one of the oldest inhabited castles in the world.

It was originally built as a motte and bailey castle after the Norman invasion to promote Norman control over the outskirts of London and over see part of the course of the River Thames.

The castle was involved in many of the struggles that tore Britain apart over the following centuries, and was extensively redesigned and updated to become more of a palace from the early 19th Century.

The Castle is now the favourite residence of Queen Elizabeth II, and is often used for state visits and official entertaining.

Windsor Castle maintains a staff of around 500 people, and is the largest occupied castle in the World.  Parts of the castle are also open to the public for most of the year. 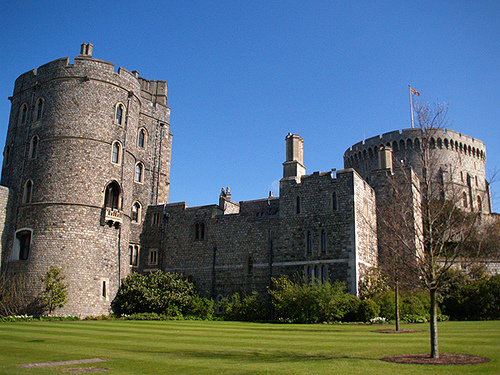